Sunday 26 April 2015
To Cassandra, from Steventon, "Frank had not heard from any of us for ten weeks, when he wrote to me on the 12th of November, in consequence of Lord St Vincents being removed to Gibraltar.-When his Commission is sent however, it will not be so long on its' road as our letters, because all the Government dispatches are forwarded by Land to his Lordship from Lisbon, with great regularity.-" - Jane Austen, Monday 24-Wendesday 26 December 1798 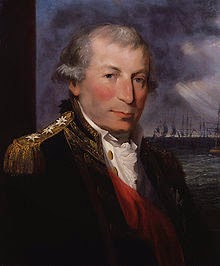 Lord St Vincent had been promoted to the Admiral of the blue and appointed to command the Mediterranean Fleet where he took the Victory as his flag ship.

This is so sweet, Jane was excited for Frank to know of his upcoming promotion.

I hope you enjoy your day today!
Terrie
Posted by Miss Jane Austen... In Real Life at 2:44 PM No comments: Links to this post


To Cassandra, From Steventon, Monday Night Dec:r 24th,
"My dear Cassandra,
I have got some Pleasant news for you, which I am eager to communicate, & therefore begin my letter sooner, tho' I shall not send it sooner than usual. - Admiral Gambier in reply to my father's application writes as follows.-'As it is usual to keep young officers in small vessels, it being most proper on account of their inexperience, & it being also a situation where they are more in the way of learning their Duty, Your Son has been continued in the Scorpion; but I have mentioned to the Board of Admiralty his wish to be in a Frigate, and when a proper opportunity offers & it is judged that he has taken his Turn in a small Ship, I hope he will be removed.-With regard to your Son now in the London, I am glad I can give you the assurance that his promotion is likely to take place very soon, as Lord Spencer has been so good as to say he would include him in an arrangement that he proposes making in a short time relative to some promotions in that quarter.'-There! I may now finish my letter, & go hang myself for I am sure I can neither write nor do anything which will not appear insipid to you after this.-Now I really think he will soon be made, & only wish we could communicate our fore-knowledge of the Event, to him whom it principally concerns.-My father has written to Daysh to desire that he will inform us if he can, when the Commission is sent.-Your chief wish is now ready to be accomplished; & could Lord Spencer give happiness to Martha at the same time, what a joyful heart he would make of Yours!-I have sent the same extract of the sweets of Gambier to Charles, who poor fellow! tho' he sinks into nothing but an humble attendant on the Hero of the piece, will I hope be contented with the prospect held out to him.-By what the Admiral [p.2] says it appears as if he had been designedly kept in the Scorpion-. But I will not torment myself with Conjectures and suppositions; Facts shall satisfy me." - Jane Austen, Monday 24-Wednesday 26 December 1798

Whew, that was along entry and with no paragraphs! Let's see, where to begin... Admiral Gambier, (1756-1833), he was Admiral and first Baron; one the Lords of the Admiralty. For more information on him check Letter Fourteen, Post Three. 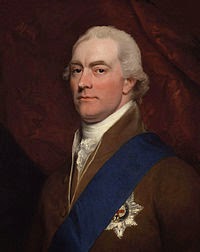 George John Spencer, (1758-1834), 2nd Earl and First Lord of the Admiralty 1794-1801. He served under William Pitt the Younger and Lord Grenville. It seems that the Austen's had some pretty influential connections.


Mr. George Daysh was a clerk in the Ticket Office, Navy Office, London, 1778-1821. He must have somehow been an acquaintance with Mr. Austen since Mr. Austen felt comfortable enough with him to make such a request.

Frank was the older brother on the London at this time. It seems that Jane and Cassandra were playing matchmaker between Frank and Martha Lloyd which is why Jane was hoping to make Martha happy with the news of Frank's promotion as well as Cassandra. There efforts did not work right away, Frank married Mary Gibson 24 July 1806. They had six sons and five daughters, but Mary died 15 July 1823. Frank did end up marrying Martha but not until 24 July 1828, some thirty years later. It is interesting that he married both ladies on 24 July.

I hope you enjoy your day today!
Terrie
Posted by Miss Jane Austen... In Real Life at 2:23 PM No comments: Links to this post

Friday 24 April 2015
To Cassandra, from Steventon, "-I have just heard from Martha, & Frank-his letter was written on the 12th Nov:r-all well, & nothing particular."

So we finished letter fourteen today. (Over a year in the making-sorry about that.)

I read somewhere that Jane Austen had quite a correspondence list and she wrote over three thousand letters in her lifetime. It is a shame people do not write hand-written letters any more, at least no one I know. If e-mail had existed in Jane Austen's time we might not have this insight into her world.

I have a little book called Gift of a Letter written by Alexandra Stoddard. It is one of my favorites. In it Alexandra Stoddard states, "Letters give life a rich dimension. They can be saved, savored, reread and treasured for hundreds of years." She is so right about that. This is such a sweet book. If you have not read it, I would recommend it. Maybe we can all get inspired to surprise someone with a letter.

I hope you enjoyed your day today,
Terrie
Posted by Miss Jane Austen... In Real Life at 11:54 PM No comments: Links to this post

Tuesday 7 October 2014
"To Cassandra, from Steventon, "I have been forced to let James & Miss Debary have two sheets of your Drawing paper, but they sha'nt have any more. - There are not above 3 or 4 left, besides one of a smaller & richer sort. -Perhaps you may want some more if you come thro' Town in your return, or rather buy some more, for your wanting it will not depend on your coming thro' Town I imagine." - Jane Austen, Wednesday 19 December 1798

James would be her eldest brother and Miss Ann Debary (1763-1834) was the nurse/nanny. Miss Debary was at the James Austen's to help with Mary and the baby.


Jane refers to London as Town as in the dinner scene at Rosings Park and in Pride and Prejudice, chapter 29.

I hope you enjoy your day today!
Terrie


Posted by Miss Jane Austen... In Real Life at 11:22 PM No comments: Links to this post

Monday 6 October 2014
To Cassandra, from Steventon, "-I expect a very stupid Ball, there will be nobody worth dancing with, & nobody worth talking to but Catherine; for I beleive Mrs Lefroy will not be there; Lucy is to go with Mrs. Russell. -People get so horridly poor & economical in this part of the World, that I have no patience with them.- Kent is the only place for happiness, Everybody is rich there; -I must do similar justice however to the Windsor neighbourhood." - Jane Austen, Wednesday 19 December 1798 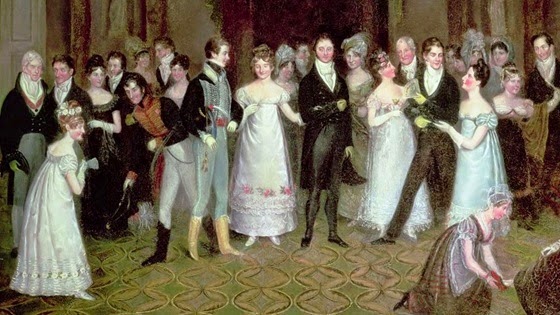 Catherine was probably Catherine Bigg. Jane mentioned visiting Catherine and her sisters at Manydown just a few sentences ago.

I hope you enjoy your day today!
Terrie
Posted by Miss Jane Austen... In Real Life at 7:53 PM No comments: Links to this post 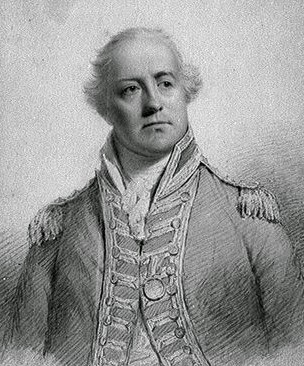 This letter would have been written to Admiral Lord Gambier, (James Gambier 1756-1833). He was married to Louisa Mathew. She was the daughter of Daniel Mathew.

Daniel Mathew was the brother of General Edward Mathew who had a daughter-Anne. She was James Austen's first wife.

So it would seem that Mr. Austen was appealing to his eldest son's first wife's uncle's son-in-law for the advancement of his sailor sons, Frank and Charles. He was successful on Frank's account because in letter sixteen Jane writes to Cassandra, "Frank is made.-He was yesterday raised to the Rank of Commander, & appointed to the Petterel Sloop, now at Gibraltar."

I hope you enjoy your day today!
Terrie
Posted by Miss Jane Austen... In Real Life at 12:57 AM No comments: Links to this post

3 October 2014
To Cassandra, from Steventon, "-Martha sends me word that she is too busy to write to me now, & but for your letter, I should have supposed her deep in the study of Medicine preparatory to their removal from Ibthrop." - Jane Austen, Wednesday 19 December 1798 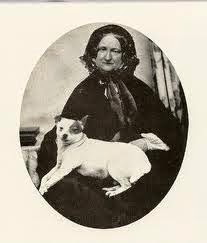 Martha Lloyd (1765 to 24 January 1843) was Mary Lloyd Austen's sister. Mary was James Austen's wife. Martha must have sent word to Jane through Mary.

The words "but for your letter" are written above a longer phrase which Jane had cancelled out.

Martha was a kind person always helping someone or another. She lived with Mrs. Austen, Cassandra and Jane at Chawton for quite some time and did not marry until 24 July 1828 when she married Sir Francis (Frank) Austen, Jane's older, sailor brother. She never had any children.

I have written a bit about Martha also. If you are interested here is a link to the search.

I hope you have a good today!
Terrie
Posted by Miss Jane Austen... In Real Life at 9:20 AM No comments: Links to this post